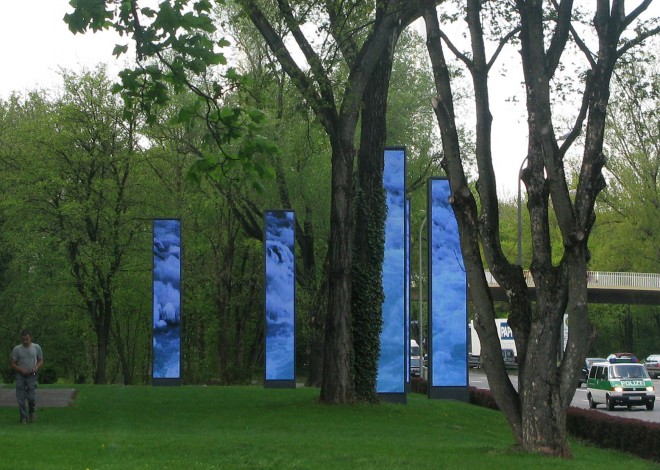 “The work is a video installations presented on, seven LED stele in front of OSRAM Head- quarters in Munich. It is a silent sequence – as its title suggests – of images of water in all its various forms: ocean waves, waterfalls and glaciers… Far less quiet is the message of the artist, who in her work examines the fragile relationship between nature and mankind”.

The work touches the many aspects of water – The images are powerful and poetic, as is nature; ocean waves, waterfalls and glaciers are brought into Munich. Aqua – Silence offers a layered comprehension; the visual level involving form and colour and the shifting of these – the emotional – the intellectual and conceptual – time and timelessness  …
The screens are located where Munich litterally meets the rural surrounding, a popular recreational area, with the river Isar flowing only a couple of hundred meters away. Meanwhile the automobile traffic towards the city centre flows constantly alongside the installation. This is where urban and rural meet, and simultaneously the nature and technology meet in the artwork, the high tech LED screens and sophisticated software meet the primal force and beauty of water in its many appearances, from droplets to glaciers.
The installation is the seventh of its kind to be presented at the SEVEN SCREENS – Osram Art Projects, since these were created in 2006. The seven steles with a height of six meters each and equipped with LED systems on both sides are based on the green between the OSRAM headquarters and the Mittlerer Ring in the south of Munich.
inauguration and first screening; April – November 2009.

see here: VIDEO clip by Frank Sauer from the INAUGURATION of the work at OSRAM 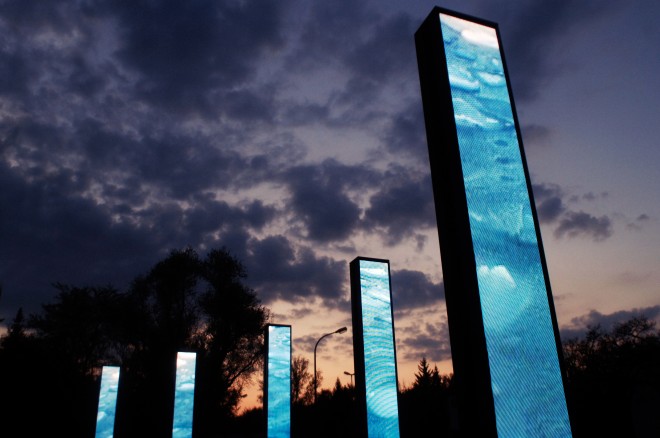 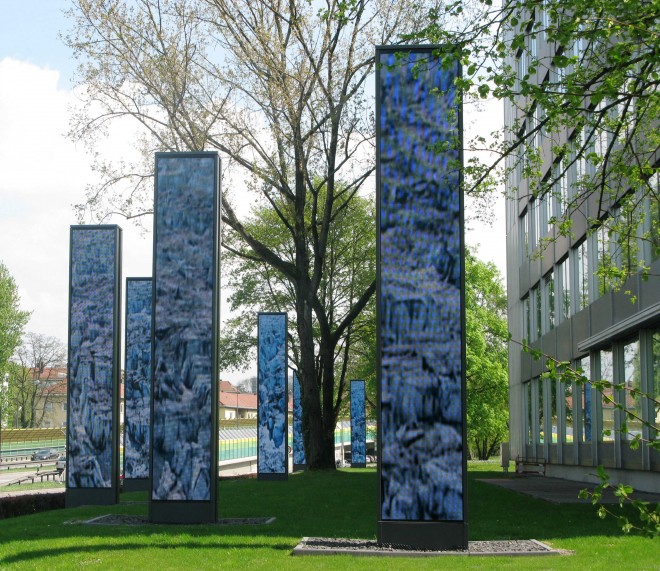