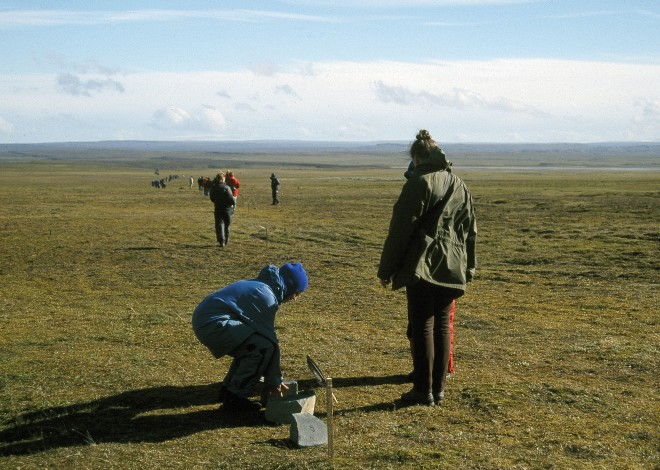 September 4, 1999
a group of artists, Ljóðahópurinn or the Poem Group travelled, to the remote Eyjabakkar area in the interior of Iceland, north of the Vatnajökull glacier.

A group of 120 people carried out the Eyjabakkar Performance, with the aim of raising consciousness about the unique natural environment there, which was threatened by a planned hydro plant. The performance was led by Harpa Arnardóttir and Rúrí.
The participants carried and placed on the ground 68 basalt columns; into each piece of basalt one word had been chiseled, from the Icelandic national anthem Ó, Guð vors lands (Oh, God of our Nation), by 19th-century poet Matthías Jochumsson. On the first stone, a short distance from the Eyjabakkavað ford across the Jökulsá river, is the letter Ó. From here the anthem can be read, word by word, along a three-kilometer route (the actual line where the “speculated” dam was planned to stand) to the foothill of the mountain Snæfell, where the last word deyr (dies) is placed. 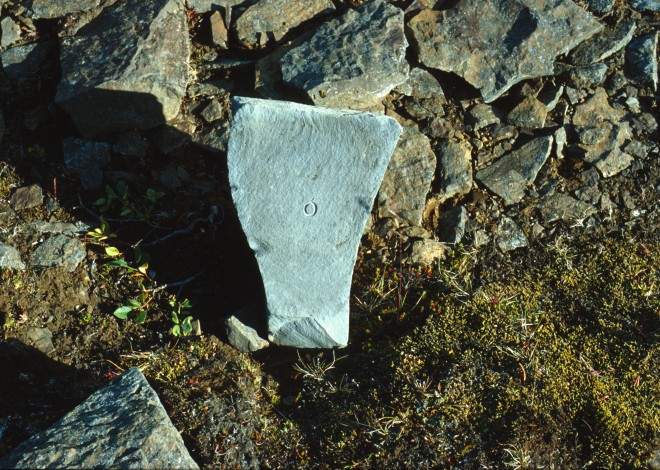 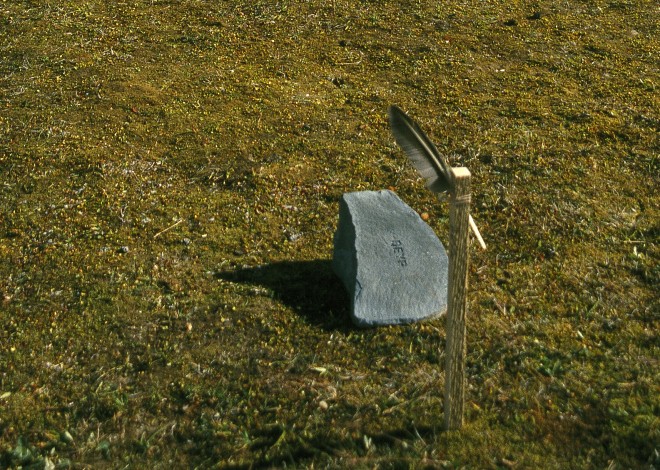