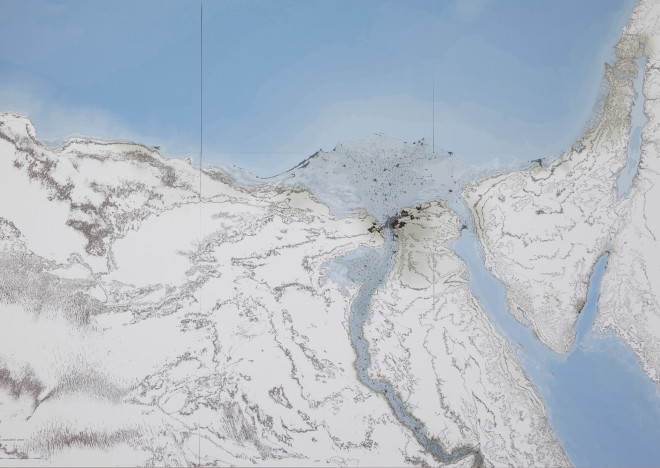 In the past many of Rúrí’s works have been dedicated to future archeology. The art installation Future Cartography is a direct continuation of these works, tackling the concept of impending gigantic scale changes on the surface of the earth itself.

Three large scale drawings (height 240 cm) are the main elements of the installation. These are geographical maps which the artist has drawn, exercising the utmost precision. Still they differ from the maps we are used to, they do not show the shorelines of lands and continents the same as we know them to be.
In the preparations to this artwork the artist enjoyed a cooperation with a geographer:  The data sets used here are in the public domain and are devariatves of satelite data. In these maps data from the ASTER GDEM Dataset, which is a product of National Aviation and Space Admini- stration (NASA) and Japanese Space Authority (METI) are used together with other information from other datasets.
Gunnlaugur M. Einarsson

The work is a study of the future shoreline of countries. Three countries were selected as samples to focus on; Bangladesh, Egypt and Iceland. The changes of the shoreline from present time to this future state are based on calculations of the mass of water that will be released during the decline and total melting of the East Antarctic ice sheet.
Rúrí

Working in a wide range of media and attempting to express a social and environmental engagement, Rúrí, joins forces with the geographer Gunnlaugur M. Einarsson. A conceptual interest in time and relativity intertwined with a concern for threatened nature and politics here meets the geographers analytical tools in an investigation of future topologies.
Jonatan Habib Engqvist 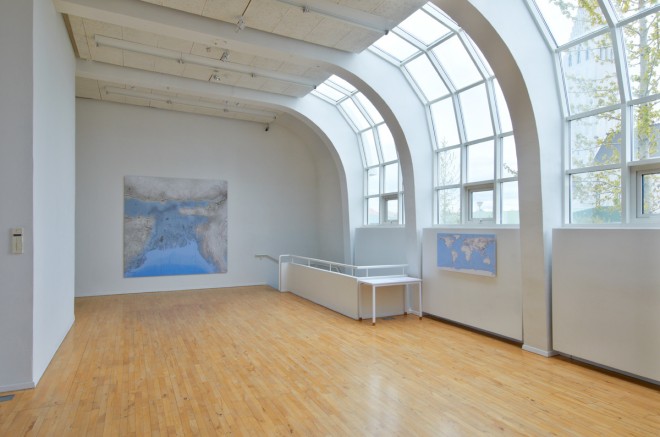 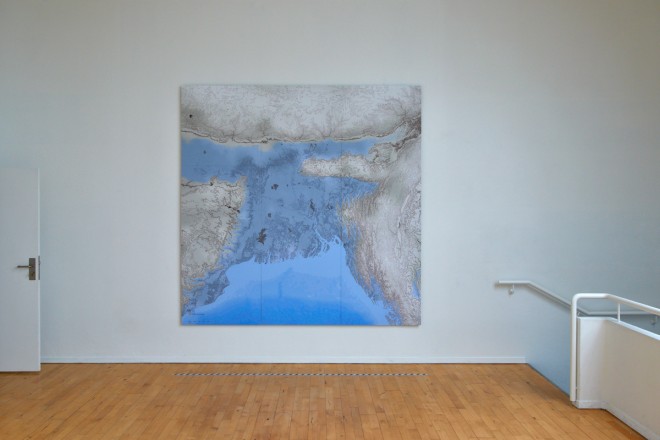 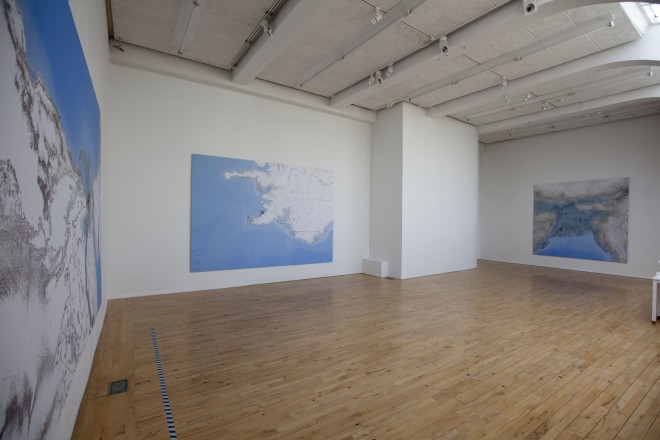