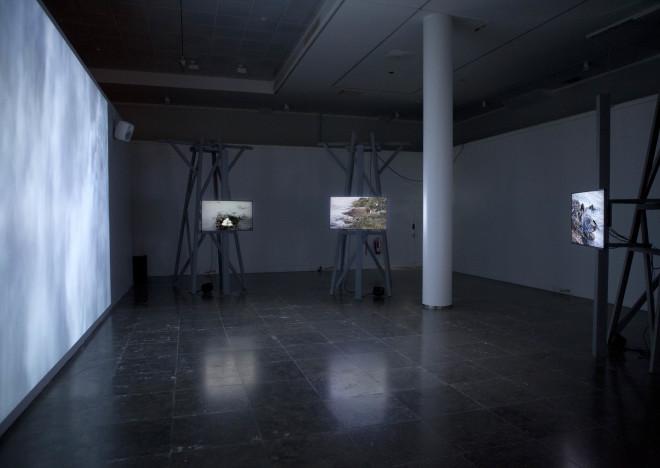 The video installation Flooding – Nature Lost was first shown in StartArt at the Reykjavik Arts Festival 2008.  It has now been installed in larger scale at the Amos Anderson Art Museum in Helsinki.

The artwork consists of two projections and three videos presented on flat screens that are each supported by a wooden structure. 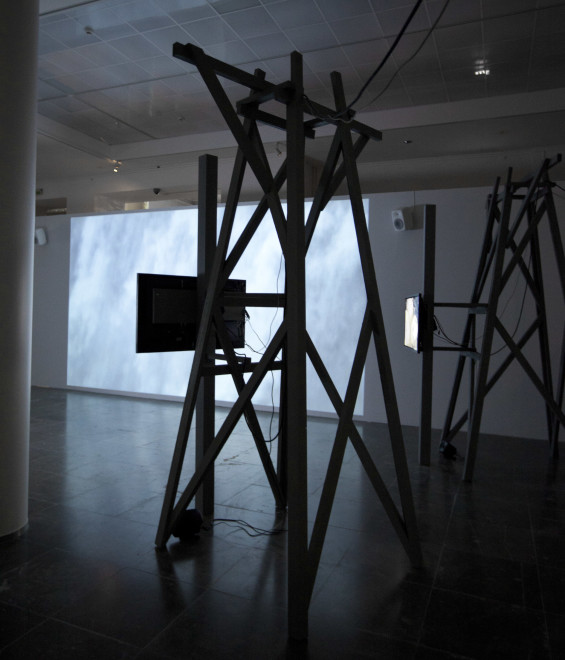 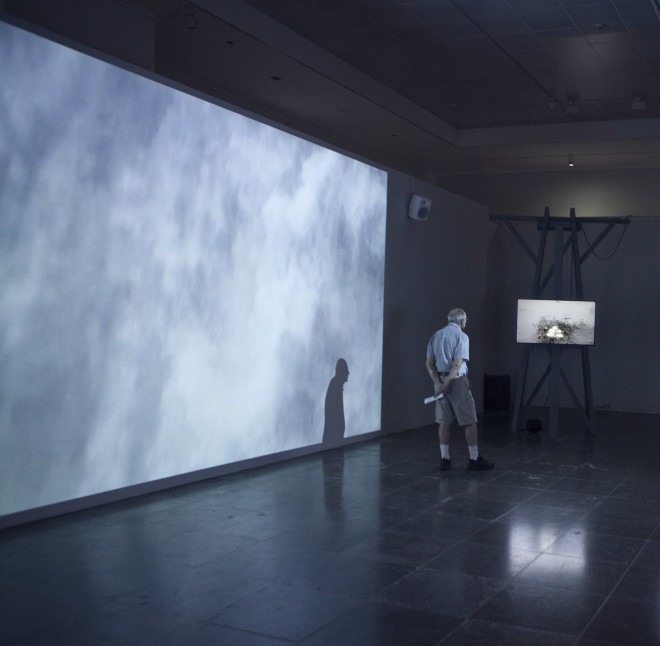 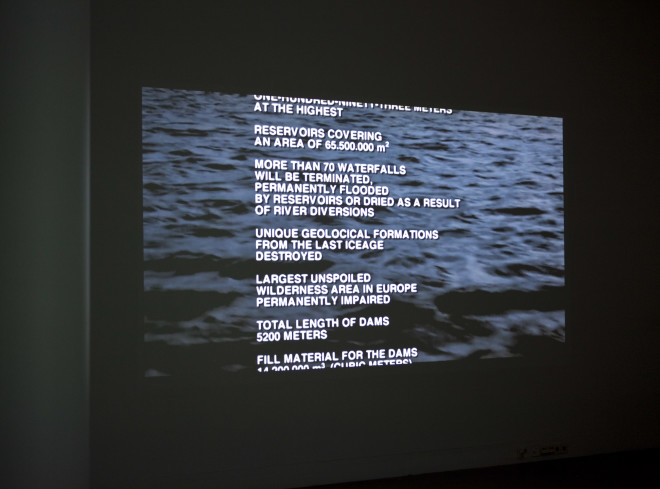