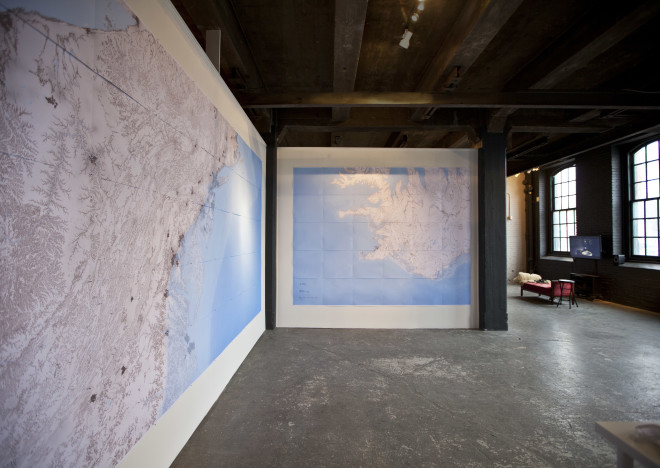 The tradition of making geographical maps dates back thousands of years. We map regions of the Earth in order to pass on information on the region, for navigation of the region or to study changes in a region, etc. In short, mapping is a method to document spatial /geographical information that we possess. The Future Cartography is based on this long tradition of map making.

Future Cartography III is a study of the future shorelines of the countries of Earth. In the work two landmasses in the region of the Atlantic Ocean were selected as subjects for the study: North America and Iceland. The changes of the shorelines from present time to this future state are based on calculations of the mass of water that will be released during the predicted decline and total melting of the East Antarctic ice sheet.

The calculations are based on information from international datasets. In these maps the zero topological line is set at the present sea level, and other topological lines marked in accordance with that.

The data sets used here are in the public domain and are derivatives of satellite data. In these maps data from the ASTER GDEM Dataset, which is a product of the National Aviation and Space Administration (NASA) and the Japanese Space Authority (METI), are used. In Addition data From the Marine Geoscience Data System is used as well as data from open sources. 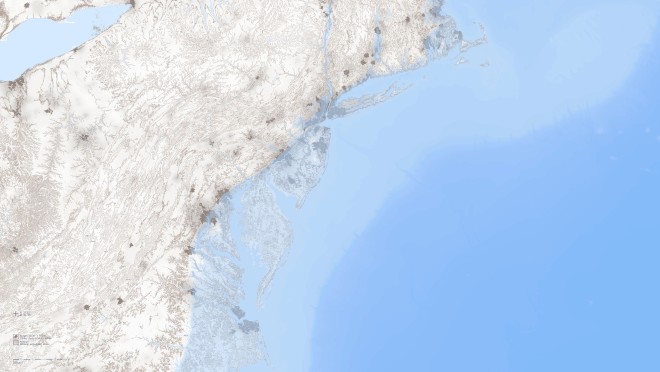 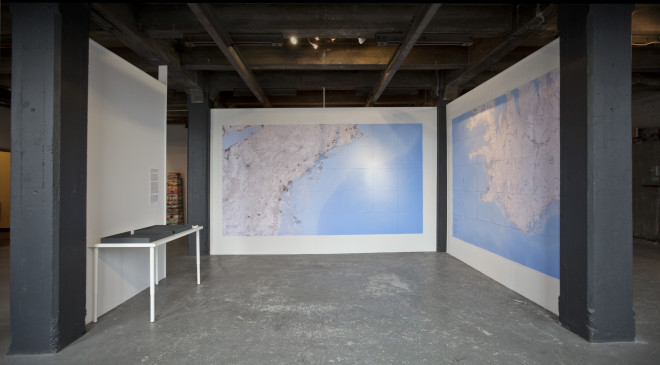 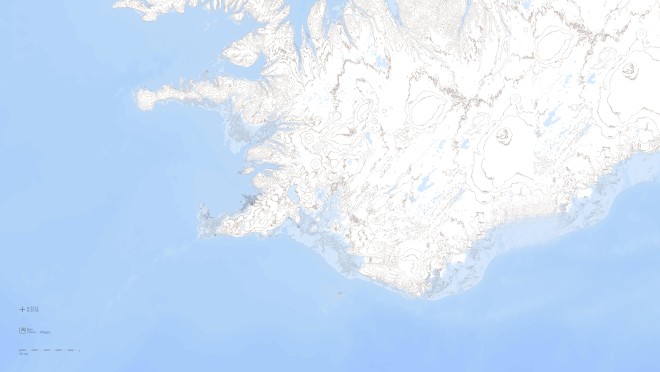